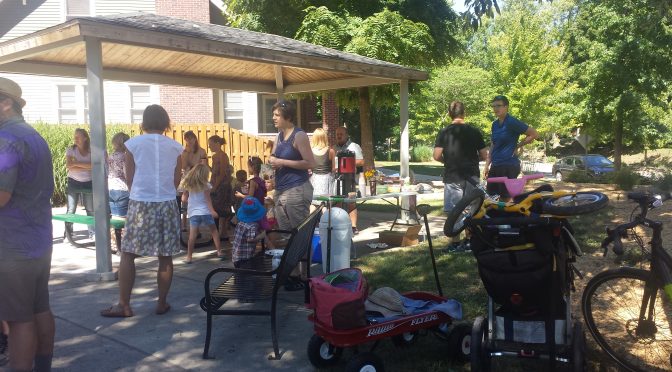 August 7th marked the first annual back-to-school brunch for residents of the New Chauncey neighborhood.  Held at Lincoln Park, the potluck style gathering brought many faces, old and new, together.

As the resident responsible for planning the event, I was initially looking for a way to get to know some of her new neighbors.  It occurred to me that despite living down the street from the park, it was still difficult to see all of the familiar neighborhood faces and playmates throughout the summer.  Vacations, camps, and recreational sports make these months just as busy as the school year for many.  Thus, with the promise of free coffee, an open invitation was passed around, asking residents to bring their kids and mingle over brunch favorites.  The turnout was impressive, and many people could be overheard expressing the desire for more events like the Back-to-School Brunch at Lincoln Park.

Looks like this year’s potluck was the start of a new tradition for the New Chauncey Neighborhood.

See you next year,